This wonderful musical focuses on six pre-teens (spelling bees are only for those under the age of 16) who compete along with audience volunteers to win the Putnam County Spelling Bee. Each of the student spellers has a unique personality and challenge in their pre-teen lives, and many of the musical numbers humorously reveal their struggles and eccentricities.

Director April Hubbard says, “It is a playful and hilarious picture of the spelling bee phenomenon. Spelling Bees are held all around the world and are almost exclusively in the English language because it has the most spelling rules to learn and nearly every rule has exceptions. A spelling bee in French, German or Spanish would be less challenging, as these languages have consistent rules. The characters in Spelling Bee bring order and logic to the chaos of life through mastering the chaos of the English language. Each student gains insight through their win/loss.”

One of the most delightful parts of the show is the audience participation.

“Don’t worry about being forced to participate, though! We find audience members who are willing to be spellers before the show begins,” Hubbard said.

Ticket prices are $10 for Adults, and $5 for Seniors, Children and Students. LRSC students are free. All seats are general admission and purchased at the door. 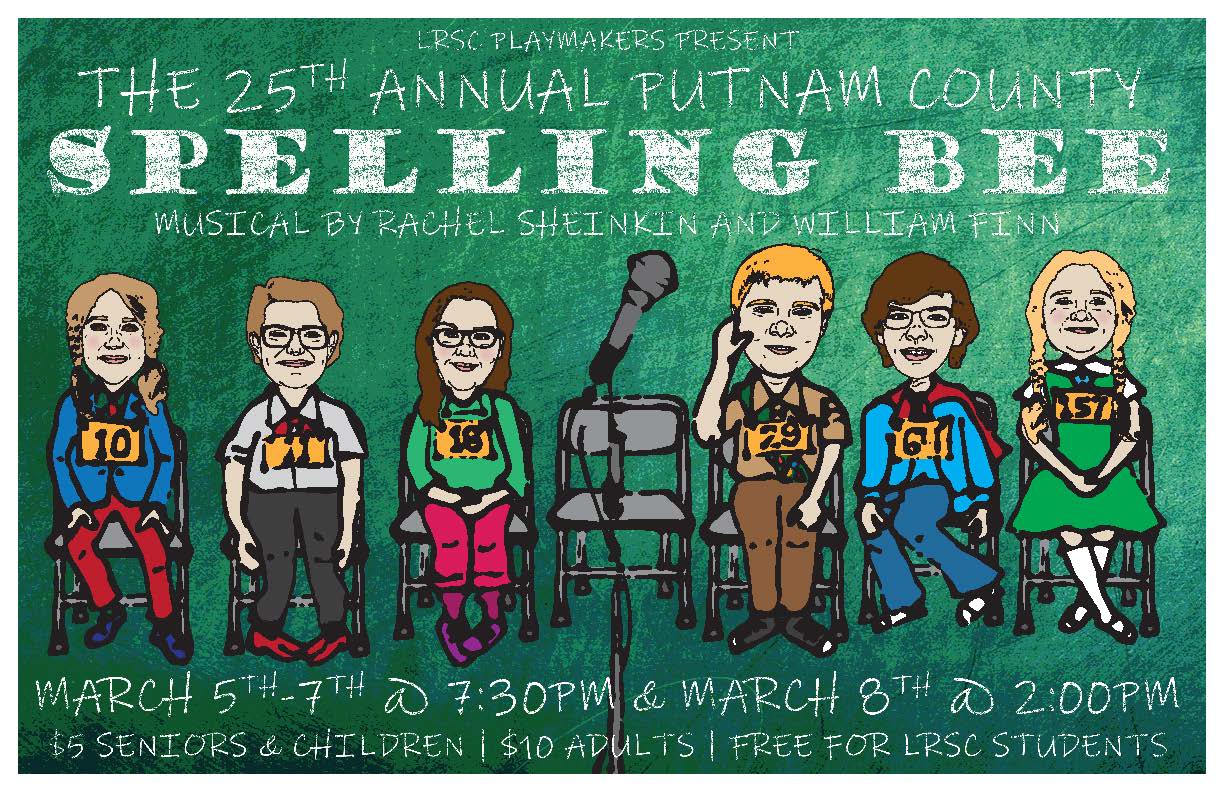 Order your Graduation Gown and other items